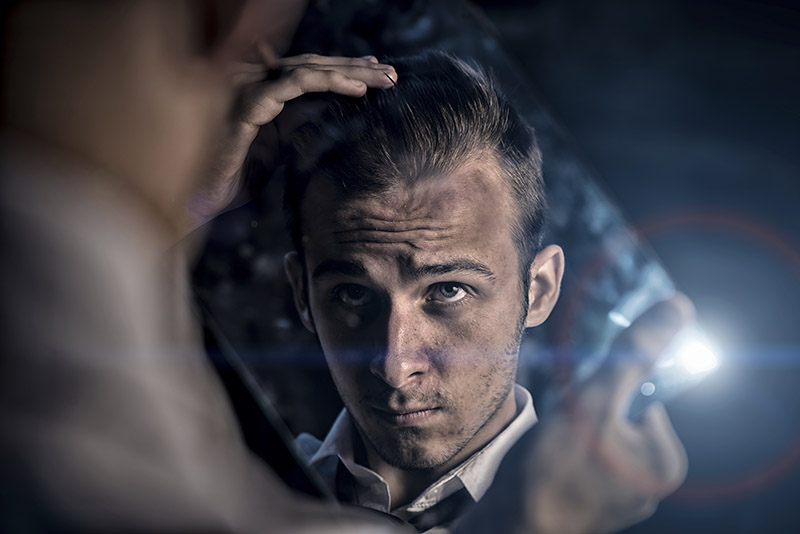 I originally titled this blog, “Am I a Narcissist?” but I changed the title when I considered the fact that narcissism falls into the spectrum of disordered personalities.  A personality disorder involves a persistent, pervasive, and problematic pattern of behaviour, mood, social interaction, and impulsiveness that can cause distress to the individual experiencing them, as well as to others that interact with the individual.  As with many personality disorders, an individual with Narcissistic Personality Disorder (NPD) is likely to perceive their behaviour, thoughts, and perceptions as being appropriate and he or she is unlikely to seriously question whether he or she exhibits narcissistic characteristics.  It is more likely that others will take note of problematic behaviours and thus it is likely more relevant to understand what to look for.

The motivation for this blog arises for a number of reasons.  Admittedly, I am fascinated by the complex concept of personality and how we derive our way of being in life (i.e., thinking, feeling, and behaving) based on our own lived experiences.  It is also very interesting how individuals with disordered personality can lack insight into the negative impacts of their actions.  I have also noticed many people throwing the “narcissist” term around when they dislike a particular decision or action an individual has made or taken.  It is not the case that someone is a “narcissist” simply because the make a decision that seems self-serving.

The Diagnostic and Statistical Manual of Mental Disorders, Fifth Edition (DSM-5) defines NPD as involving “a pervasive pattern of grandiosity (in fantasy or behavior), need for admiration, and lack of empathy.”  To be diagnosed with NPD an individual must demonstrate five or more characteristics, which appear by early adulthood and are present in a variety of contexts.  The characteristics describe someone who feels more important than they are, is preoccupied with success, power, and status, believes they are unique and can only be understood by other high-status individuals, seeks excessive admiration from others, has a sense of entitlement, exploits others, lacks empathy, and is often envious of others or believes others are envious of him or her.

Research (see references) has shown growing evidence of two sub-types of narcissism: the grandiosity sub-type and the vulnerability sub-type.  The DSM-5 definition of NPD captures well the grandiosity sub-type which includes aspects of an inflated ego, arrogance, entitlement, vindictiveness, and intrusive behaviours.  The vulnerability sub-type, which is not captured in the DSM-5, refers to an individual characterized by markedly low self-esteem and notable sensitivity to criticism.  The vulnerability sub-type includes features of helplessness, woefulness, anxiety regarding attacks on sense of self, shame, and avoidance of perceived threats to self-esteem.  While the descriptions of the subtypes appear as polar opposites, the features both contribute to the general motivation to avoid or overpower threats to the integrity of the individual’s self-image.  Additionally, it is more likely that narcissism lies on a spectrum anchored by these two-subtypes with most individuals lying on the spectrum and displaying some combination of grandiosity and vulnerability characteristics.

The following examples demonstrate the presentation of the grandiose and vulnerable narcissists:

Dan is a grandiose narcissist.  His is a top-ranked mergers and acquisition lawyer in a notable law firm in downtown Vancouver.  Dan resides in a multi-million-dollar condo and he drives an exotic sports car.  He has been married three times and each of his wives have become increasingly younger and more cosmetically enhanced.  Dan left his previous marriages when he felt his wives were not providing him with enough admiration.  Dan’s world revolves around his career and the making of money.  To most of his colleagues and friends he appears confident and bold but this presentation is fueled by Dan’s belief that he is more superior than others.  Dan often flaunts himself to others and he can seem bigger than life.  He appears to have a large number of friends.  His closest friends are those individuals that shower him with praise and admiration.  Dan is quick to establish relationships, especially if he anticipates some value from the relationship that will enhance his career or income.  He is also quick to end relationships if he feels there is not enough admiration or if he feels the relationship will not assist him in achieving his personal goals.  Dan is described by many as being insensitive and lacking emotion and empathy.  He has no sense of shame and he is willing to take advantage of people and relationships to get what he wants.  He will seek revenge or express rage, aggression, and dominance against people he feels have not treated him well or who have delivered negative feedback to him.

Cindy is a vulnerable narcissist.  She is a head librarian at a local university.  She is well respected for her technical knowledge and organizational and process management skills when it comes to the operation of the library.  However, her colleagues consider her arrogant and superficial, and they tend to avoid her.  Cindy often feels underappreciated and disrespected at work.  She often feels helpless, depressed, and anxious when she feels her colleagues are not treating her the way she thinks she should be treated.  She becomes overly defensive when provided feedback, even when the feedback is presented in a constructive and non-threatening fashion.  Cindy tends not to help others at work and she will only reluctantly offer assistance if she is asked.  Cindy alternates between trying to show how great she is and seeking comfort because she feels hurt.  She continually tries to prove to others how superior she is.  She tends to select friends and partners that she perceives as more vulnerable or having less value than herself and then she takes on a caring role with these individuals.  Cindy lacks empathy for people when they discuss their own challenges and she often puts down, blames, and criticizes others.  Cindy refuses to accept any responsibility for things that go wrong in her work and personal life.  She also tries to diminish or take credit for other people’s successes.

The exact cause of narcissism is not known but it is likely the result of a complex interaction of biological vulnerabilities, early life experiences, and psychological factors.  Biological vulnerabilities can stem from genetic abnormalities that impair the connection between brain functioning and behaviours, prenatal nutrition and stress, and birth complications.  Early life experiences can include invalidating, authoritarian parenting, unpredictable or negligent care, abuse, trauma, unreasonably high expectations, over-praise, or over-indulgence.  Psychological factors may include maladaptive thoughts, feelings, and cognitive factors that affect attitude, behaviours, and functions of the mind.

As I mentioned earlier, it is unlikely that someone with NPD will seek treatment as they will not perceive they have a problem.  The first step in assisting someone with NPD is to improve his or her awareness of the impact of their personality features.  It is more likely that pressure from others (e.g., family, friends, colleagues, employers) will trigger the individual to seek additional supports.  Psychotherapy is considered the most useful treatment with the aim of therapy to help the individual form a more reasonable sense of self-image and to improve the individual’s relationships with others.  Psychodynamic Therapy is a long-term individual therapy aimed at helping the individual gain insight into his or her identity and relationship patterns in a way that fosters deeper awareness and more adaptive living.  Cognitive Behaviour Therapy assists the individual to develop skills to identify and correct thinking errors and re-orient behaviours to reduce symptomatic problems and to strive for a healthier way of life.  Family or marital therapy can also be used to improve relationship dynamics, foster problem solving solutions, and improve communication effectiveness