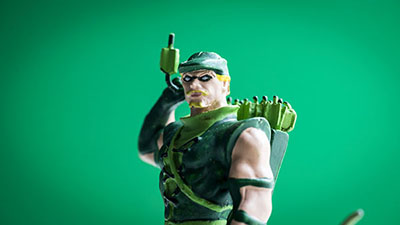 Vigilantism refers to a non-law enforcement individual, group, or organization attempting to effect justice according to a perceived sense of right and wrong.  Vigilante activities are often seen as taking the law into one’s own hands.  These activities are motivated by individuals who organize themselves to protect a common interest such as freedom, property, or security, protesting existing or lacking laws, correcting a perceived violation of a societal norm, or compensating for a perceived lack of effective law enforcement.  Factors that determine the likelihood of vigilante activities include the nature of the wrong-doing an alleged target is perceived to have committed, the seriousness of the wrong-doing, the perceived dangerousness of the target, and the perceived likelihood the target will commit the wrong-doing again.

Anonymous is a well-known internet-based group of activists and hacktivist.  There is no single, primary goal for this group and anyone who believes in the ideals of Anonymous can join.  Anonymous has been responsible for many “attacks” including organized operations against the Church of Scientology, the Ku Klux Klan, child pornography sites, the Syrian Defense Ministry, and law enforcement agents.

Creep Catcher is a loosely organized network of groups (“chapters”) located across Canada with the goal of identifying and publicly shaming adults who seek sexual encounters with children.  Members of Creep Catcher lure adults into an online relationship with someone posing as a minor.  When a face-to-face meeting is organized, Creep Catcher documents the meeting via video and audio recording.  The recordings are then made public.

An example of a less formal group of vigilantes is the case of Richard Suter from Edmonton.  Mr. Suter was responsible for the death of 2-year old Geo Mounsef in 2013 after Mr. Suter drove his SUV, allegedly while intoxicated, into a family standing on a restaurant patio.  In January 2015, Mr. Suter was abducted from his home by three men.  He was badly beaten and his thumb was cut-off.

Research has suggested that there are seven common features to vigilante activities.  The activities are typically planned and premeditated.  They are conducted by private citizens who participate voluntarily.  The citizens act autonomously but they are often influenced by social issues or unrest.  Vigilantes often use threats of harassment, violence, or force.  Vigilante activities often arise when an established or expected order is deemed inadequate.  The vigilante activities aim to control crime or other social infractions.  The targets of vigilantism are often alleged perpetrators of a crime.

Sanctioning a wrong-doing.  The punishments applied by the justice system may be deemed inadequate, motivating the vigilante to disperse what he or she considers appropriate punishment for the wrong-doing.

Deterring repeat offenses.  Vigilantes are motivated to impose punishments in an effort to stop the wrong-doer from recommitting the offense.

Deterring others from committing a wrong-doing.  Fear that others might commit a wrong-doing, motivates vigilantes to punish a wrong-doer in a more severe or public fashion.

Craving for someone to blame.  Vigilantes struggle with perceived injustices and he or she will seek out an alleged perpetrator to identify and place blame.

These factors are important as they help individuals understand and accept their personal experiences and behaviours.  With the exception of social media status, all of the above motivations create a justification for vigilante behaviours.   The vigilante perceives his or her actions as a response to the behaviour of someone who has committed a wrong-doing (i.e., externally caused) rather than being a result of some personal characteristic or quality (i.e., internally caused).  This powerful perspective is what allows a normal, values-based, law abiding citizen to commit wrong-doings and crimes in the name of justice.  Social media status has not been researched well but it appears that status is a reward that motivates vigilantism.

Pros and Cons of Vigilantism

Vigilantism can be seen as a cure for ineffective law enforcement and justice systems.  Vigilantism can also be considered a social movement that regulates social norms and expectations.  Despite these benefits, there are some challenges that arise.  Vigilantism can result in serious implications for the justice system.  Vigilantes often do not understand the rules of due process or evidence.  As a result, vigilante activities may compromise a fair trial, lead to wrongful convictions, or cause a mistrial for someone who is a serious offender.  Check out controversial cases of vigilantism (http://bit.ly/2co1i5a).

Unfortunately, there is no clear right or wrong in regards to the use of vigilantism but there are many questions.  When is vigilantism justified? Can vigilantism exist within the existing law and order of society?  Can vigilantism be conducted safely so as not to impede law enforcement or justice?